170 replies to this topic Best known for her sultry image as a pop superstar, Britney Spears actually began her youthful career as an actress -- the singing came later. Spears was born December 2, 1981, in Kentwood, LA. A mere eight years later, she was auditioning for The Mickey Mouse Club, although she wouldn't be added to the cast for another three years. She spent summers schooling at New York's Off-Broadway Dance Center and the Professional Performing Arts School, and earned a role on the off-Broadway play Ruthless in 1991. A year later, she became a Mouseketeer, and was part of the show from the time she was 11 until she was 13. After returning home for a short time to become a "regular" high-school student, Spears was signed to the Jive record label, and finished recording her first album as a vocalist in 1998. Released in 1999, ...Baby One More Time was a smash hit, and in conjunction with Spears' stunning good looks, rocketed her to superstardom. She followed up with Oops!...I Did It Again the following year, and then Britney in 2001. In February of 2002, Spears starred in her first major motion picture, Crossroads, bringing her back to her roots in acting. Playing a young woman named Lucy who embarks on an adventurous road trip with three friends in search of a mother who abandoned her at a young age, Spears savvily tied-in the release of the film with several singles from her 2001 recording Britney. Though her fan base showed up in droves, that wasn't enough to make Crossroads a hit, and critics not surprisingly lambasted the film as sentimental and exploitive. Spears' debut did not go ignored by the annual Razzie Awards, however, where the neophyte actress shared a trophy with her idol Madonna for Worst Actress of 2002. That wasn't all she shared with the former Material Girl: The next year, Madonna passed the provocation torch to the young popster when the two locked lips on the live broadcast of MTV's Video Music Awards show. The stunt was well-timed to announce the arrival of her LP In the Zone, which spawned numerous hits; less auspicious was Spears' made-for-TV project Brave New Girl, a semi-autobiographical mother-daughter bonding tale written by Spears and her mother, Lynne, in which Britney made a cameo and assumed production duties. Spears' image took one of its first hits when she agreed to a warts-and-all confessional reality show called Chaotic in 2005. Chronicling the 2004 romance and eventual marriage of Spears to boyfriend/backup dancer Kevin Federline, the 5-episode series posed the seemingly rhetorical question "Can you handle my truth?" In the two years that followed, Spears' increasingly erratic behavior prompted many fans to answer with a resounding "no." After a stream of damning paparrazzi shots, stints in rehab and a divorce and bitter custody battle with Federline, the Spears-faithful were left wondering if their idol would reclaim her stature as either a recording artist or performer. 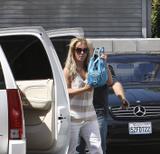 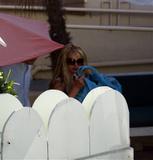 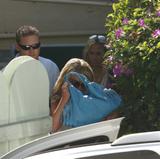 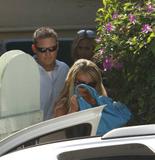 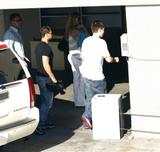 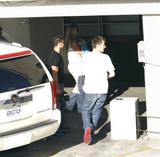 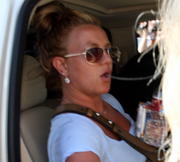 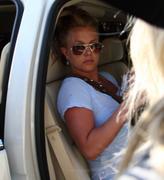 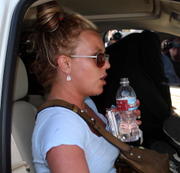 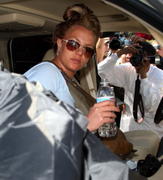 Back to MEGA posts / Мега Посты

Also tagged with one or more of these keywords: britney spears

0 user(s) are reading this topic